Imported F&B Products: How Attractive is Your Product in China? 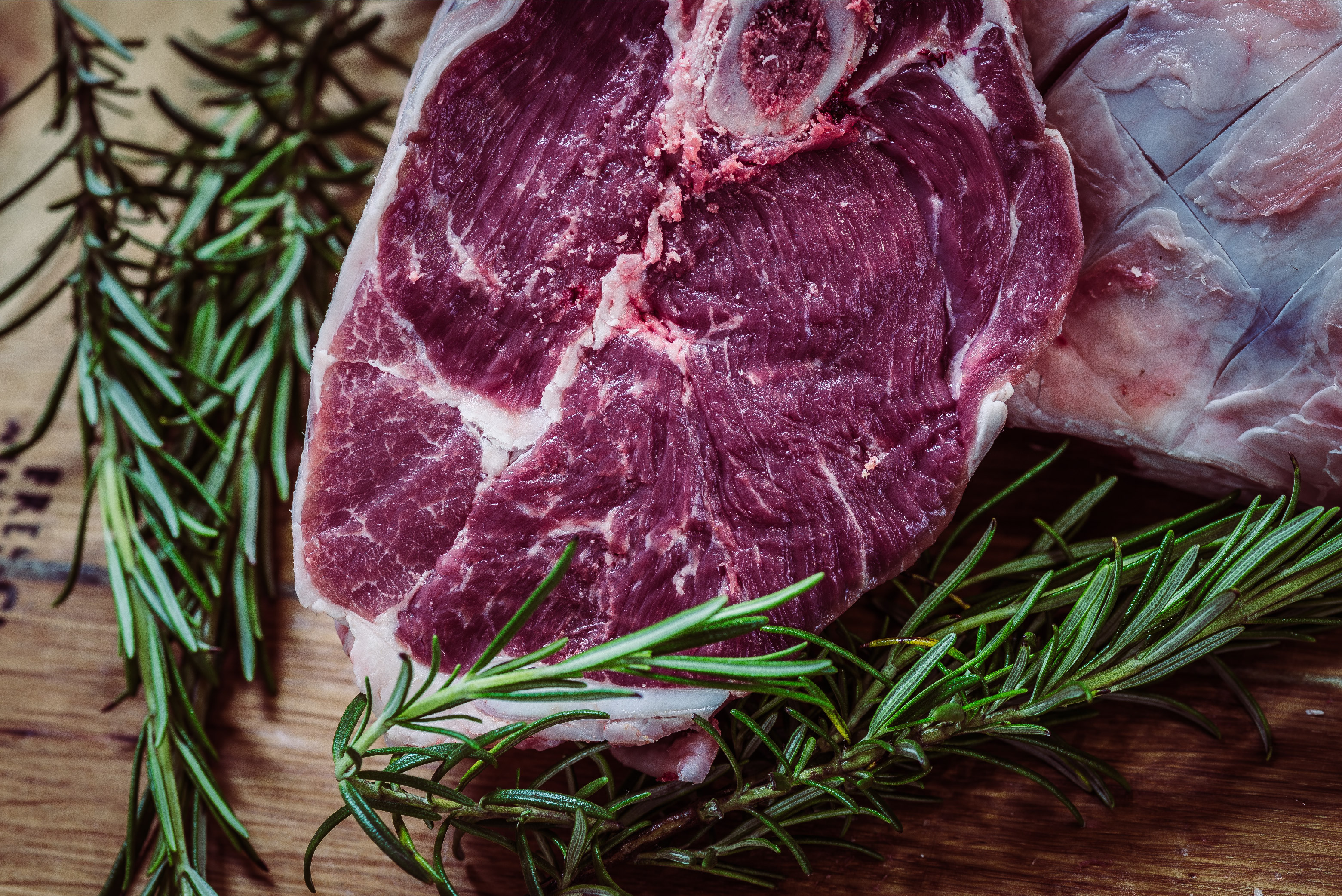 Imported F&B Products: How Attractive is Your Product in China?

With food and beverage events like FHC and SIAL China hosted each year and which gather visitors and exhibitors from all around the world, it is easy to realize many producers are already taking advantage of the great potential Chinese consumers represent for their imported products.

China, which represents ¼ of the world population, has indeed become the largest global food and agricultural product importer since 2011 (WTO).

How big really is the market for imported F&B products? What are the elements fueling it? Are your products in demand and what are the trends?

Follow us while we investigate the Chinese market for imported F&B products. ASI Solutions has been working with foreign companies for more than 10 years, making their expansion toward Asia easier and more effective. From origin to your final customer, from managing the export & import on your behalf to acting as your representative agent in China, we provide built-to-suit solutions adapted to your business needs. 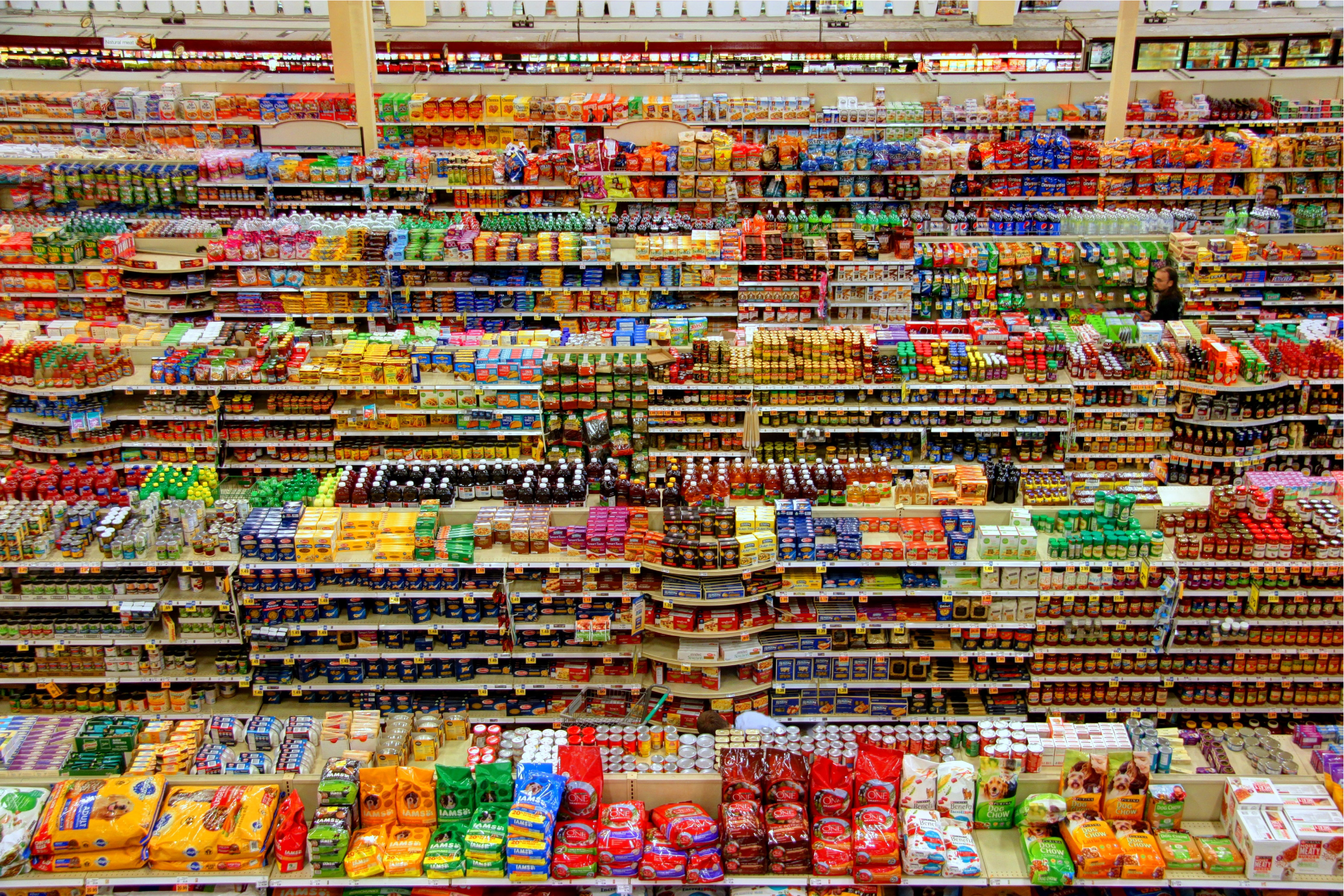 It is sometimes complicated to evaluate what a market is really like, especially if one has never introduced a product to it yet. Here are some key figures to better grasp what the Chinese market for imported F&B products is about. 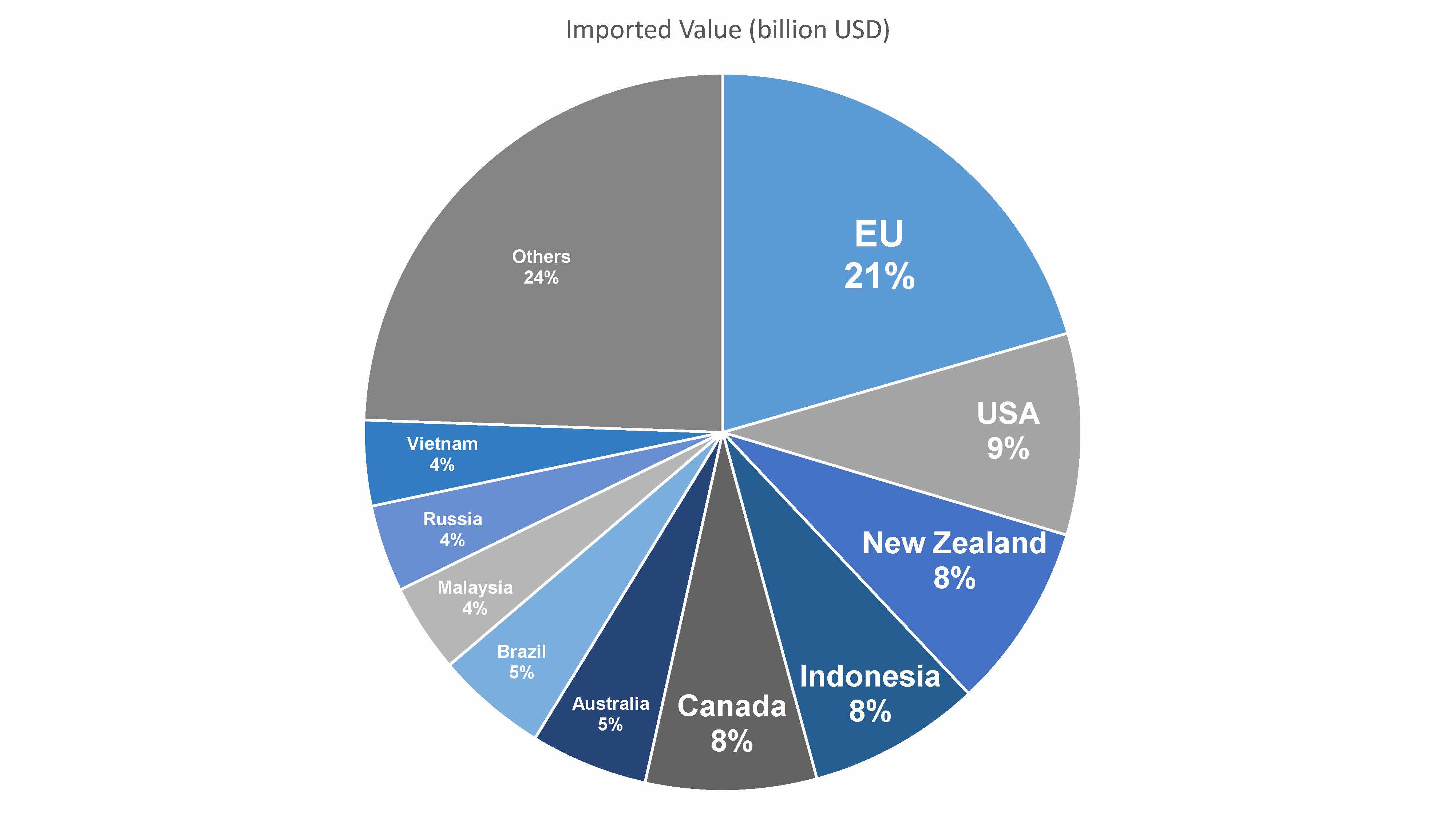 What Fuels the Demand? 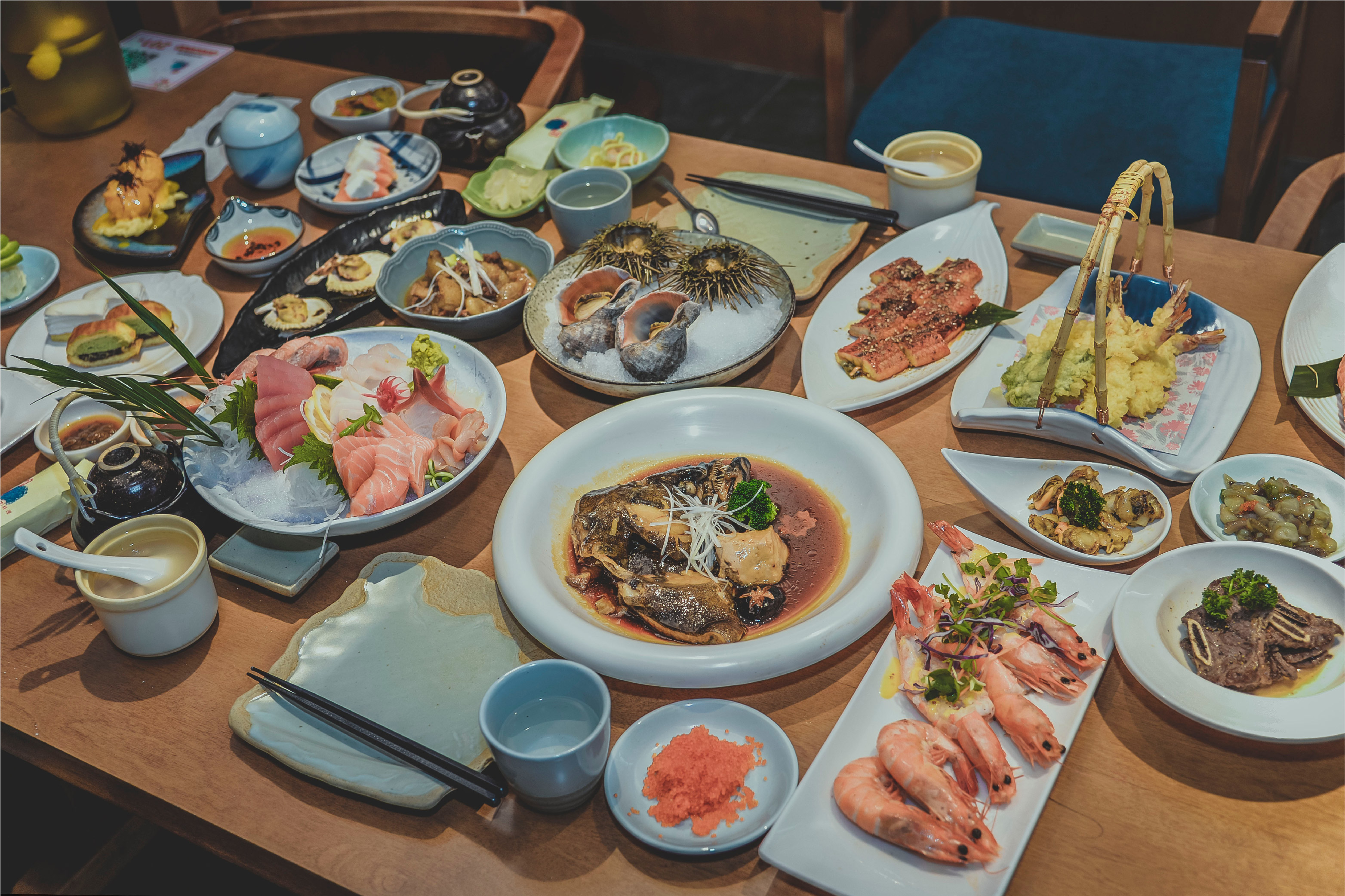 Wanting to take advantage of the opportunities the market represents is one thing, but understanding where the demand comes from is essential if one wants to undertake a successful journey. Too often do people think, just because the Chinese population is huge, that attracting only 1% of this consumer base is enough. Yet, one should treat this market as one treats any other: by understanding its characteristics. We thus encourage any company interested in this market to invest in research and development on a regular basis.

What then is at the origin of this growing demand for imported food?

First, a general increase in the population’s disposable income makes Chinese more prone to spend this extra money on imported and qualitative food products. China has indeed been switching a consumption-led growth which, combined with an increase in income, led to consumer spending per capita on food and beverage to increase by 21 between 2012 and 2017 (Chinese National Bureau of Statistics).

Foreign F&B products are thought to be more trustable, especially after a series of domestic food scandals. Again, people tend to spend the extra-income we touched upon on products associated with food safety and health.

Third, imported products are now easier to access, even passed the first tier cities. Both physical and online shops now offer a wide range of foreign products to the Chinese consumers.

If you are already familiar with the Chinese economy, you might already know how big the E-Commerce, in particular, is and how easy it is to find any product one can think of, either on Taobao, Tmall, JD, or even on WeChat stores.

Who would be your typical consumer?

Which Products Are in Demand? What Are the Trends? 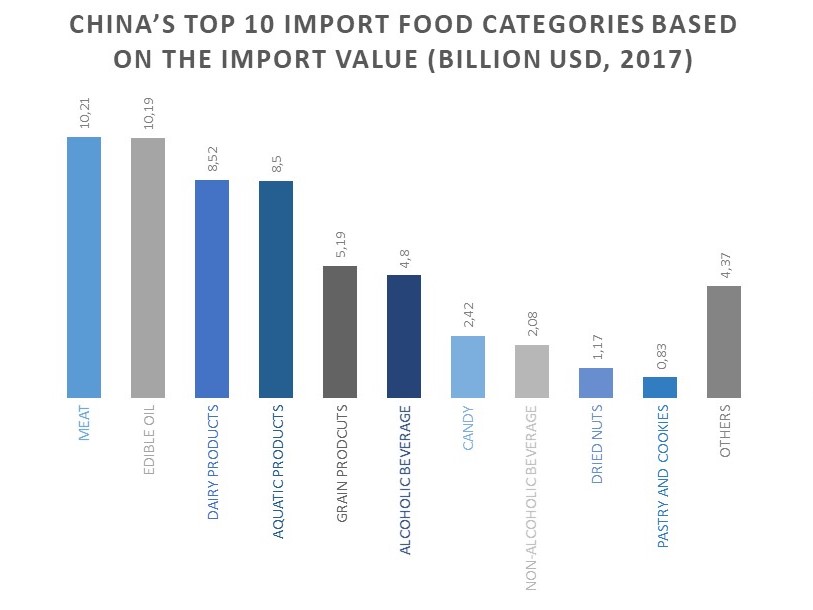 Because of the general rise in disposable income China experiences, the Chinese diets are evolving and integrating more and more meat products. The tastes are also evolving and, while Asians in general tended to not consumer a lot of dairy products, the trend is now inverting with them developing a taste for milk, yogurts, and cheese.

A category of products that has the wind in its sails are the so-called “health foods”. This particular market weighted more than USD 144.3 billion as early as 2016. In parallel, the organic food market has tripled since 2007. This concern for health and food safety, which is actually the most important criteria for consuming foreign products in tier one and two cities (IPSOS), leads consumers to pay extra money to access products they trust.

Once imported in China, for the qualities of your product to be recognized, you can investigate the possibility of being labelled as food with specific health functions (yet which do not treat diseases), or nutritional supplements.

Imported snacks are also pretty popular, which can only make sense in a society where commuting is becoming more and more common and thus on-the-go snacks an attractive option. 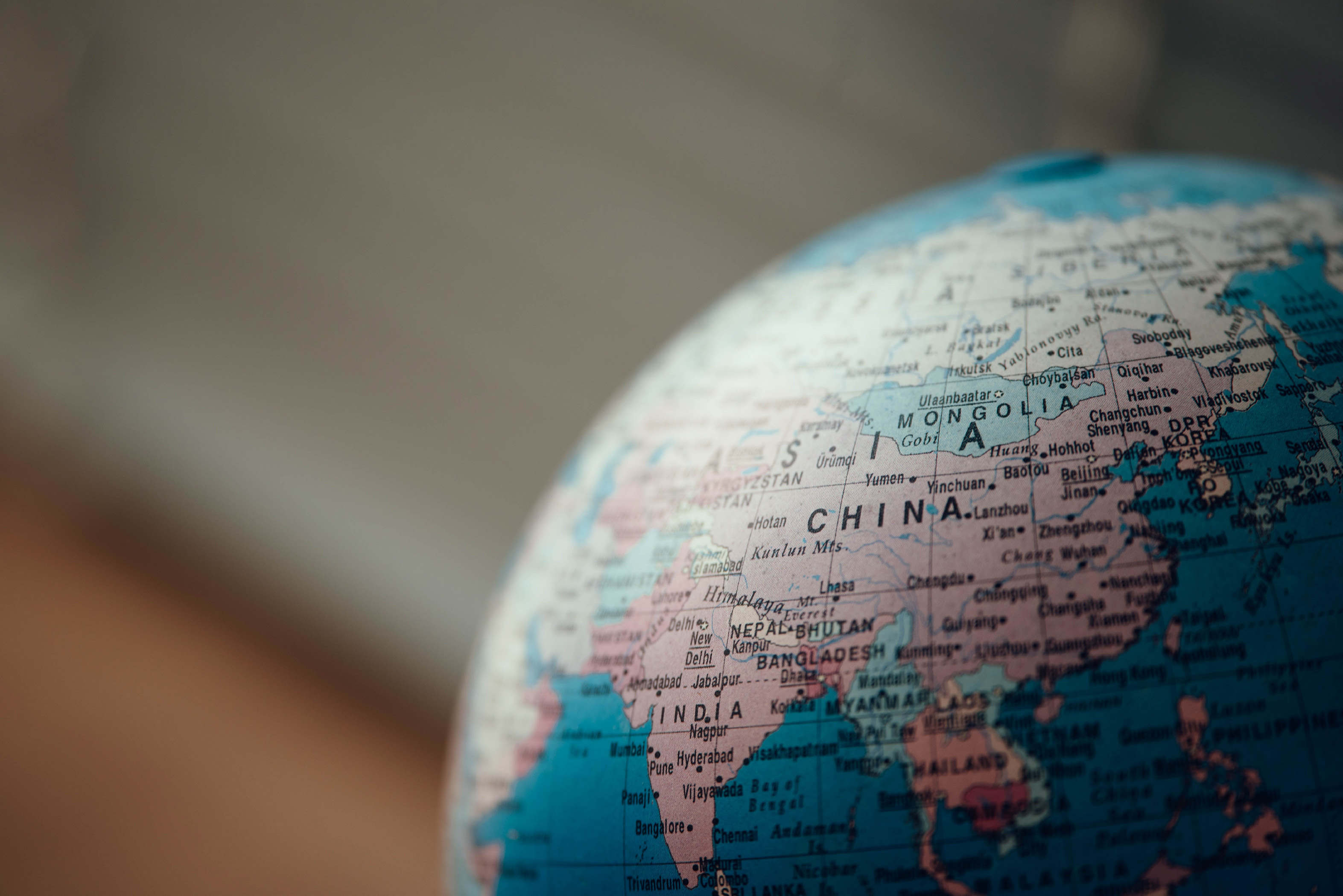 ASI Solutions has been offering for more than ten years a wide range of services and built-to-suit solutions to make exporting to China easier for you.

Discover our full range of solutions!